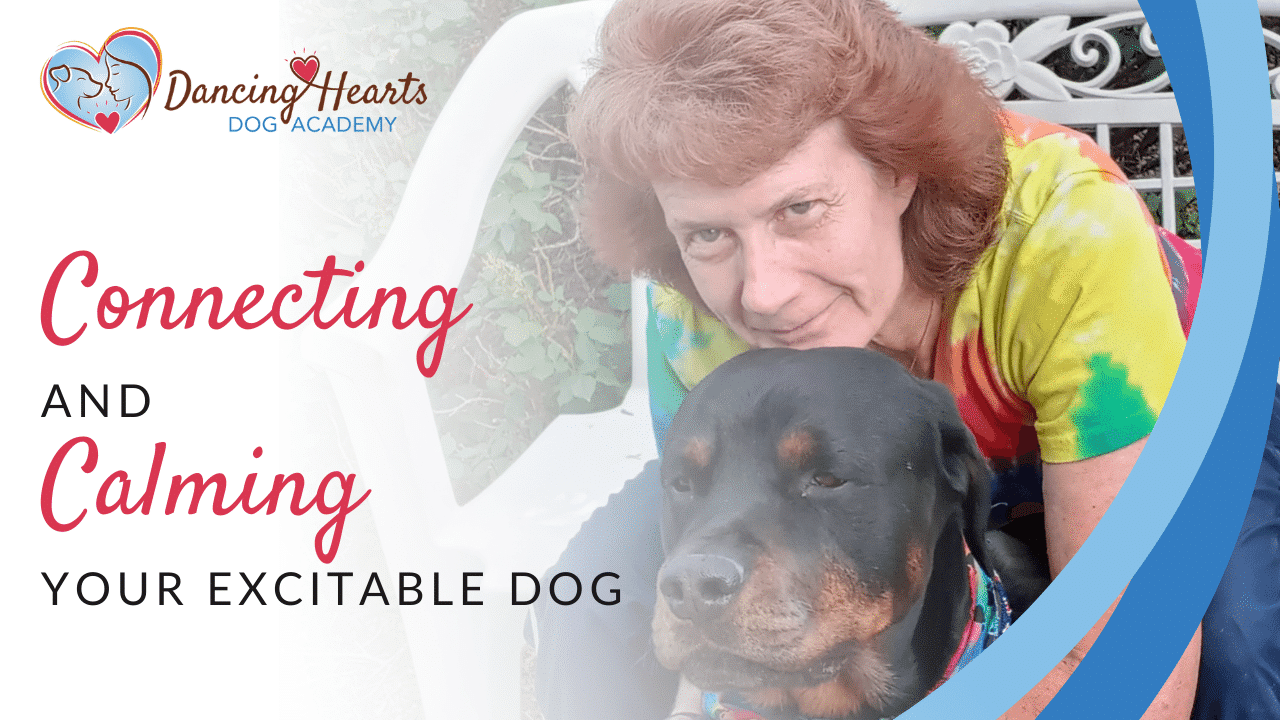 Connecting and Calming Your Excitable Dog

When your personality doesn’t align with your dog’s in the ways you might expect, how do you communicate and connect?

Beth Williams welcomed her new dog, KZ into her life with open arms and an open heart. But after years of owning earth-type dogs (and being an earth-type herself), adapting to a dog with a fire-type personality was quite a change! KZ’s excitable nature presented many new challenges for Beth and put a lot of initial strain on their partnership.

So how did Beth and KZ discover the path to partnership? Read on to find out.

Beth has always led a life centered around dogs. For more than twenty years, she’s been a physical therapist for dogs, and she’s been a proud dog owner during that time. Currently, she owns a three-year-old Rottweiler called KZ (his unusual name is thanks to her husband, who named him after his Kawasaki KZ motorcycle).

KZ and Beth met at a Rottweiler rescue when he was barely five weeks old. KZ was the first to greet Beth, and each time she visited the litter, KZ would push the others out of the way to get to her. Beth knew they had this heart connection right from the start and presumed that this would only lead to a perfect ongoing relationship.

Unfortunately, as many dog owners know, this isn’t always the way it goes. Beth and KZ had their challenges along the way, but now they have the beautiful heart-centered relationship that Beth first hoped for. So, what changed?

Adjusting expectations about life with a new puppy

Beth’s two previous dogs had both been registered therapy dogs. They’d come to work with her every day and were the perfect office companions. As Beth felt this heart connection with her new puppy, she hoped their life would look similar.

But KZ wasn’t happy. The environment was too much for him, and as he got older, he became more excitable, posing an increasing challenge to Beth’s work and everyone’s safety.

“If you’re coming to my office because your dog needs physical therapy, and there’s this young Rottweiler who’s flinging himself at the gate as you’re coming through the door, that’s not really a very welcoming presence.”

“Because he is so big and so young, and the breed that he has and the reputation that they have, there was a sense that I really needed to control him. I just needed to be able to get a handle on him be able to control him more to keep everybody safe.”

Finding what works for you and your dog

At the same time, KZ had showed a talent for herding. So, at five months old, Beth started herding with him. However, she quickly found that she often didn’t agree with the trainers’ methods.

“They use a lot of corrections. It’s not a kind way to train the dogs. It’s kind of ­– throw them out in the arena and hope they do the right thing. And if they make a bad choice, then they get in trouble for it.”

This was how Beth first found the Brilliant Partners Academy (BPA). She came across the BPA herding partners group and joined, hoping she’d find a better way of doing things. What she discovered was a brand-new approach unlike anything she’d encountered before. She then signed up to the BPA.

Understanding this was the first step to working out how Beth and KZ’s partnership could grow. It also led Beth to make a choice about their day-to-day life. Instead of taking KZ into an environment that he found stressful, Beth made changes so that KZ could stay in his safe space at home.

But the biggest change was Beth’s mentality about what their relationship would be.

“I just had to let go. That’s not who he is. That’s not what he enjoys. Maybe at some point in his life, he may enjoy it, but he’s not now and trying to make him do that was not helping our relationship.”

How to create space for connection

But that didn’t solve all of their problems. KZ was still excitable around other creatures. While he would chase the wildlife in the yard (bunnies, squirrels, coyotes, etc.), he would also stir up the neighbor dogs. This started to change when Beth moved away from trying to train KZ to behave in a certain way and work towards leading him to make responsible decisions.

For Beth, this meant stepping away from micromanaging KZ’s behavior. Working on this was eye-opening. She realized that she simply hadn’t been giving KZ enough credit. By cueing holds, it was building up all of this pressure in KZ that would then be released by chasing the next thing. But now, they check in with one another, relying on trust and co-regulation to make better decisions.

Beth says that connection was always her reframe, “vs. preventing doing something that I didn’t want him to do.” To rehearse this, Beth used a long line. This tool was both a powerful symbol of their connection and a safety net to support one another. It brought an intention to their connection that they continue to work with today.

Beth’s recommendation for dog moms looking for a new approach

Even after a lifetime working and living with dogs, Beth says that she’s learned so much since joining the BPA. It’s been a “great perspective shift” and opened her eyes to new ways of working with KZ. But there are two main reasons why she encourages anyone who wants to truly help their dog join the BPA.

“One is the connection with these fabulous women all around the world. It’s just a gift. And the other thing is that this program makes life with our dogs happier, harmonious, more wonderful. And beyond that, I think it honestly does help us to be better humans, which can only make a better world.” 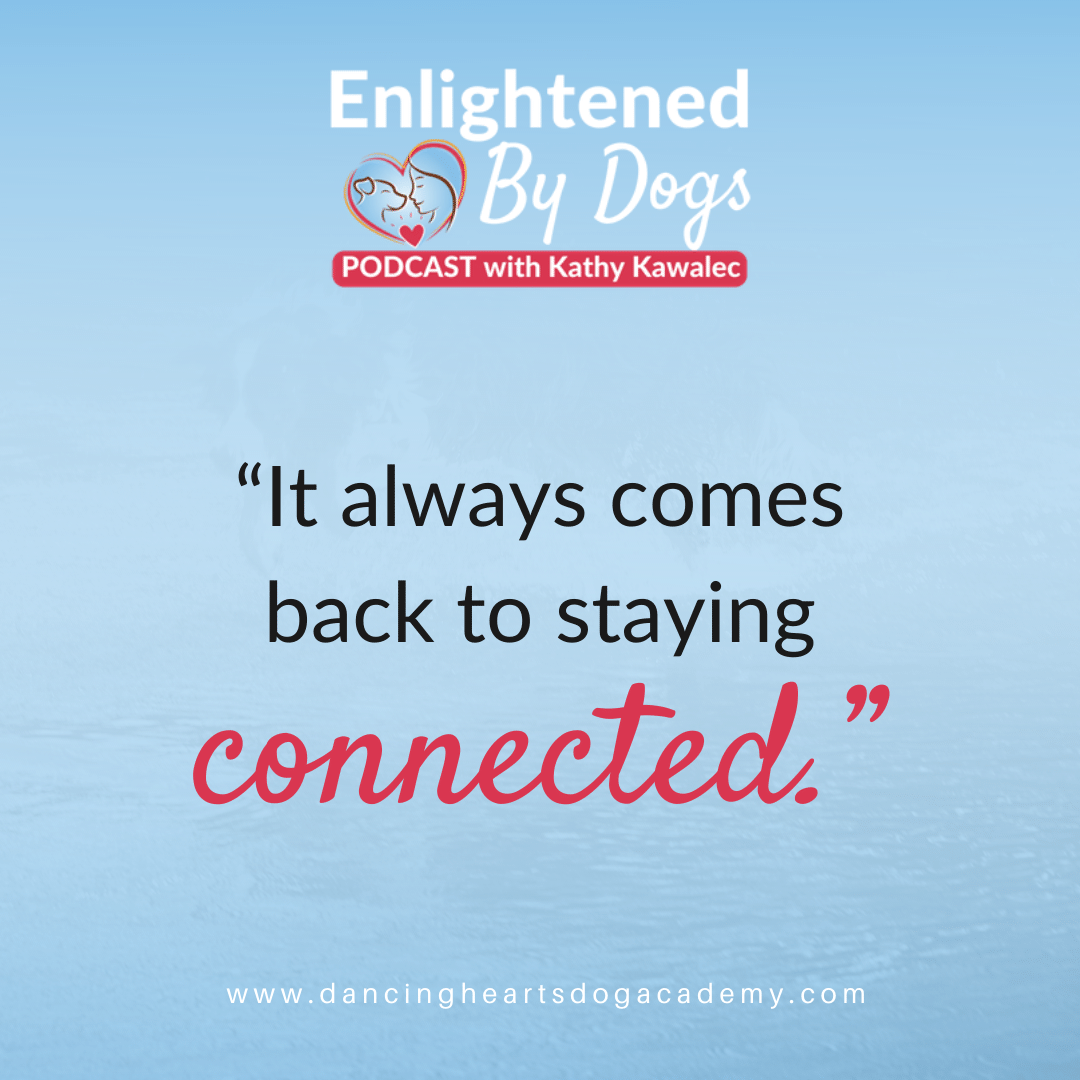 Are you ‘Training’ Your Way to Herding Trial Failure?

How to Train Your Dog When You Have No Time

A most common complaint from people about training their dogs. You know, I’ve been

How to Use the “Back to Grazing Protocol”

Our dogs look to us for so much guidance and reassurance. When we