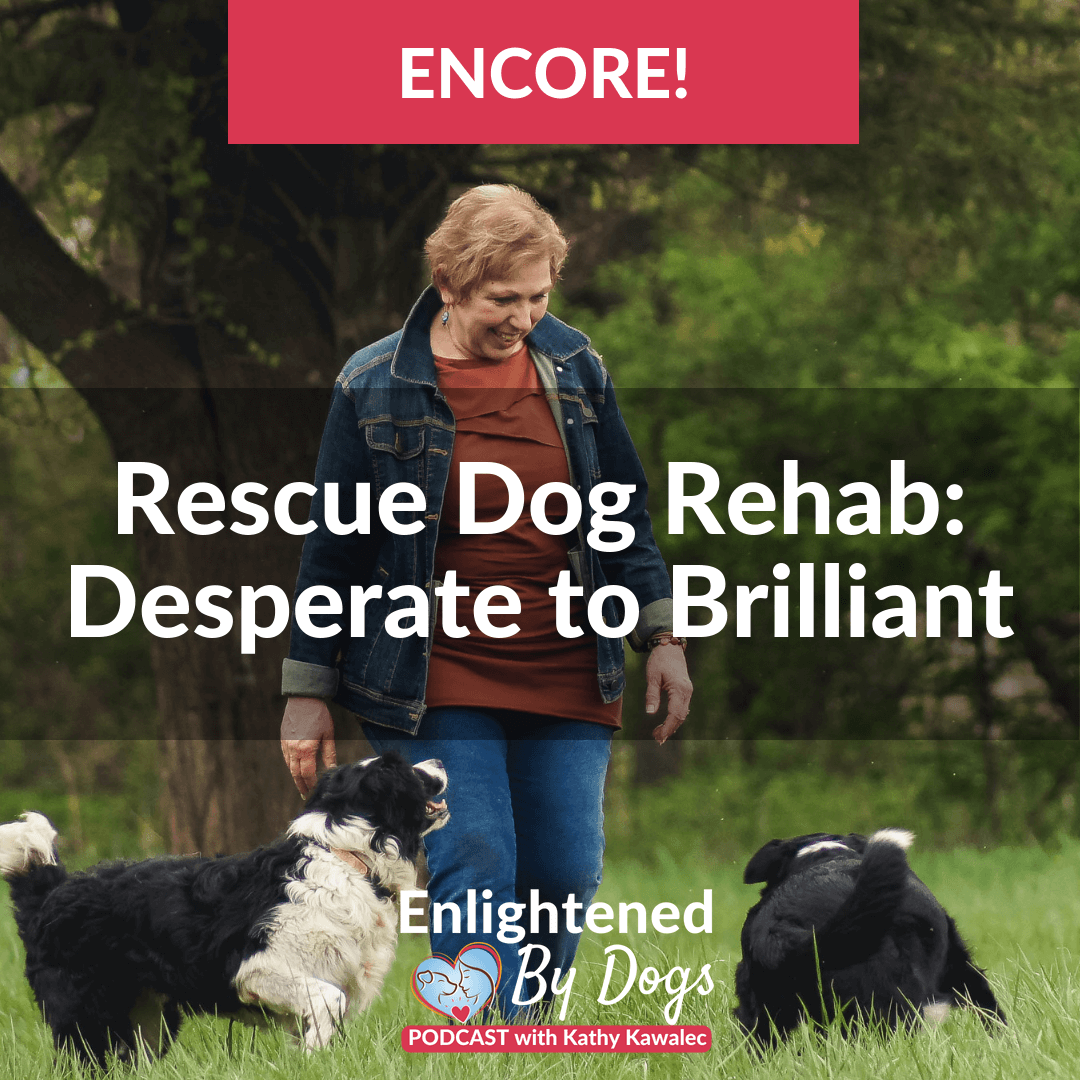 In this episode, Kathy has a very special guest, Sue Mimm, who is a dog behavior consultant. When Sue adopted Charlie, a rescue dog, and saw his behavior issues, she realized she had a lot more to learn about dogs.

Charlie’s extreme behaviors were more than this family envisioned when they adopted him, even knowing they faced a rescue dog rehab. This is truly a heart-warming story where training and behavior meet heart and soul.

Listen to discover more about the lessons and solutions Kathy discusses with Sue:

“I was asking him to do my bidding instead of listening to what he needed.”

“I became a better listener”

“The family, including our dogs, went on a mega-adventure and Charlie was amazing!”

“I didn’t have to train him not to chase sheep.”

“Clarity chart was key. What became important was for me to focus on him and not the distraction.”

Sign up for the next [free] Brilliant Partners workshop:

Love this and want more?

Subscribe to the podcast in your favorite app … and your rating and review would be most awesome!

EBD039 Stuck Inside with Your Stir Crazy Dog? Do This

Calm your stir crazy dog and have a better partnership as a result!

EBD 009: Creating a Partnership Lifestyle with Your Dog

How do I build a trusting and loving partnership lifestyle with my dog?

Kathy Kawalec 16th July 2018
We use cookies to ensure that we give you the best experience on our website. If you continue to use this site we will assume that you are happy with it.Ok
Top