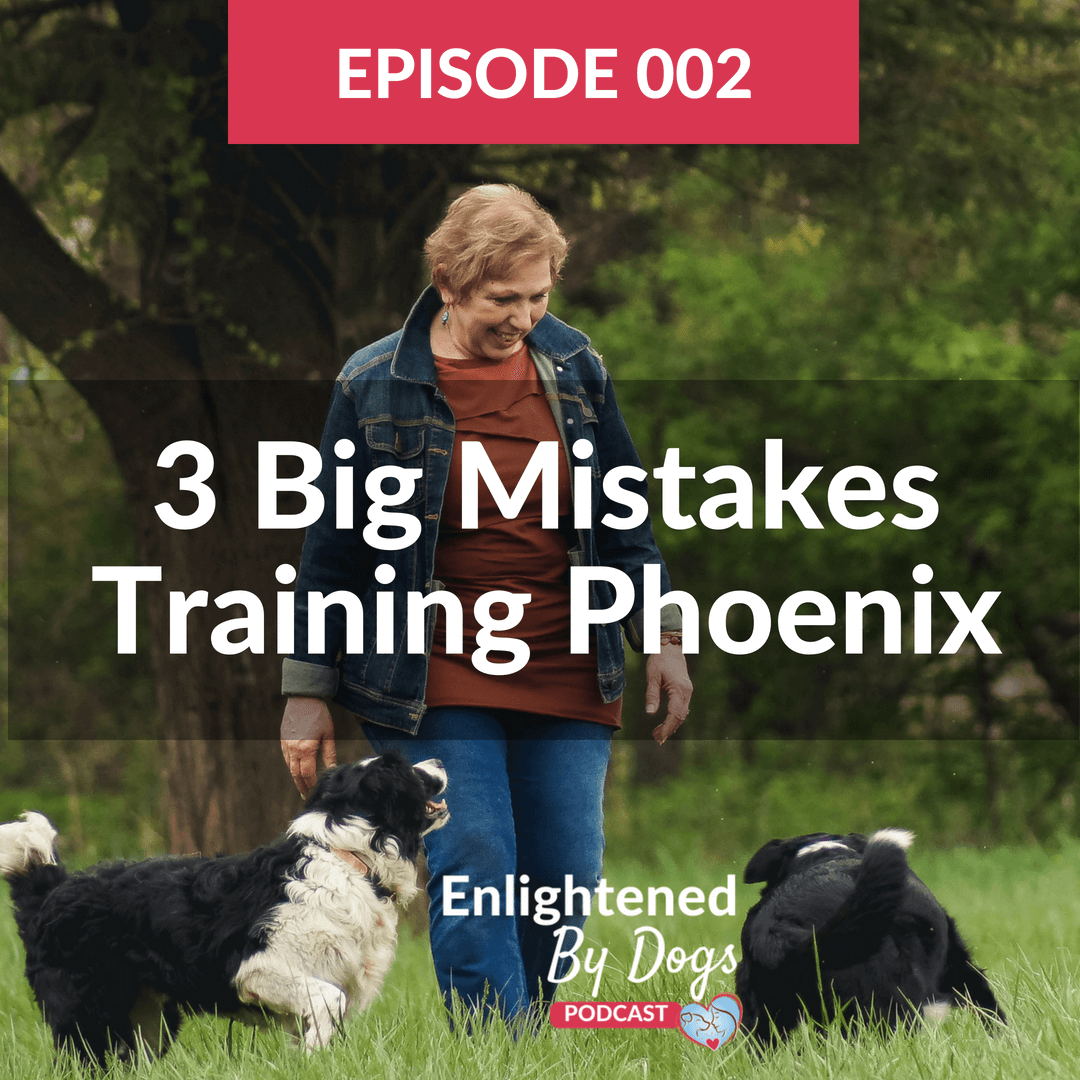 Kathy is back for another episode of Enlightened By Dogs and she’s thrilled to have us along for the ride!

Phoenix was a young, smart-as-a-whip border collie … as energetic as she was clever.

This pup easily learned all the usual stuff like sit/down/stay/shake … she knew at least a couple dozen cued tricks … and Kathy never realized that she was making some serious dog training mistakes that would come back to haunt and frustrate both her and her dog.

However, when it came time for her herding training, a whole new level of frustration developed for Kathy and her pup. The dog training mistakes became apparent and kept piling on in a never-ending loop of misunderstanding between her and her dog.

She would just explode in frustrated frenzy, racing around instead of stopping when asked…so desperately reacting to not being understood.

Phoenix, in this story, reminds me of Helen Keller in that old movie I saw as a kid …racing around the dinner table, throwing plates, food and glasses to the floor…so frustrated were her attempts to be heard.

In this episode, Kathy shares with us the 3 major dog training mistakes she made while training her dog Phoenix, and the behind-the-scenes story of how they went from broken hearts to dancing hearts.

“I learned that training is not a substitute for trust”

“Whatever I asked her to do, she would do”

“She taught me a new definition of leadership that changed everything”

“She would just explode in a frustrated frenzy … desperately reacting to not being understood.”

“Phoenix, like so many other dogs I’ve worked with, reminded me of Helen Keller in that old movie I saw as a kid …racing around the dinner table, throwing plates, food and glasses to the floor…so frustrated were her attempts to be heard.”

One response to “EBD 002: Three Big Dog Training Mistakes I Learned From Phoenix”

EBD119 Unconditional Love is Not Contingent Upon Behavior

In its purest form, unconditional love is not contingent upon your dog’s behavior.

EBD139 Power Over is Not Our Thing

EBD185 Agency, Choices and Freedom for Our Dogs

Kathy Kawalec 29th November 2021
We use cookies to ensure that we give you the best experience on our website. If you continue to use this site we will assume that you are happy with it.Ok
Top