Rescuing or fostering a dog can be such a rewarding experience that it’s no wonder people get hooked! Over the last 7 years, Brilliant Partners Academy (BPA) member Alicia Martin has fostered over 60 dogs – but not all went on to other homes. Alicia is now in service of 13 foster fails, otherwise known as her family pack of lovable misfits.

When you adopt or foster a dog, it’s quite likely that you’ll accept a certain level of disorder, right? You may be sensitive to the fact that the dog is still processing their past experiences, and you both need time to adjust.

But when you foster multiple dogs, chaos becomes part of every day. Over arousal, fighting, bullying, and other behavioral challenges were just some of the things Alicia had to deal with when managing of her 13-strong family pack – and sometimes things could get extreme! A trip to the emergency vet wasn’t uncommon. Plus, with the dogs always reactive and on high alert, it was impossible for Alicia to take them anywhere.

Alicia knew that this couldn’t continue. She wanted to take a different approach to helping the dogs she was in service to so that they could live a happier, more harmonious life together.

The first seeds of Alicia’s foster journey were planted 11 years ago. She already owned a vizsla, but after stumbling across a dachshund rescue, she fell in love and quickly adopted a puppy. A year later, her husband suggested they adopt another. A year after that, they adopted one more!

With three dachshunds and a vizsla, you’d think Alicia and her husband would have their hands full. But, when Texas changed its dog adoption laws, the shelters were desperate for fosters and Alicia was keen to help.

That was seven years ago. Since then, more than 60 dachshunds have come into Alicia’s home – and 13 of them have stayed. Alicia’s pack now ranges from 2-18 years old, and each dog comes with their individual challenges.

Alicia particularly needed help with managing her pack when one of her dogs, Bella, wasn’t responding to methods of dealing with her aggressive behavior disorder. Bella was aggressive towards other dogs and humans, and had previously hurt other dogs so badly, they’d had to go to the emergency vet.

“I had behaviorists come into the house to work with us and nothing was changing. It was kind of like, well, I guess this is just how life is. I guess I just have to be ready to break up fights when they happen.”

After finding the BPA, Alicia approached Bella’s over-arousal in a new way. Instead of accepting this chaotic dynamic and stepping in when things got too crazy, Alicia began making time to connect with each dog and make sure that they were being heard – stopping their whispers from becoming screams.

How to connect with a pack on an individual level

To stop these trust leaks and really establish a bond with every dog in her pack, Alicia takes time every day to connect one-on-one with her dogs.

“I would get out my yoga mat in the morning and sit down and I would have connection time. Each dog would take turns and get in my lap, and we would do heart connection. I would tell them that they were perfect and that they have my heart.”

Alicia did this every day for a year. At the same time, she would pet each dog for at least 30 seconds, allowing the bonding hormone oxytocin to flow between them and really reinforce this heart-to-heart connection.

Alicia quickly started to see a shift in her anxiety around the pack and their behavior. She wasn’t walking on eggshells anymore or anticipating the next fight. She trusted the bond she had with each dog and knew that with a word from her – a reminder of their partnership – she could calm tension between members of the pack instantly.

“The biggest compliment my neighbor gave me was when he said, ‘My kids call you the magic lady because you can whisper to your dogs and they get quiet.’”

The other big change to Alicia’s approach was not just connecting with each dog, but also understanding their unique personalities. This gave her a far better insight into how each dog interacted with each other and how they would react in certain situations.

With these tools under her belt, Alicia’s bond with her pack grew from strength to strength. She applied the techniques she’d learned to the pack, both individually and as a group, and watched her relationship with them transform. 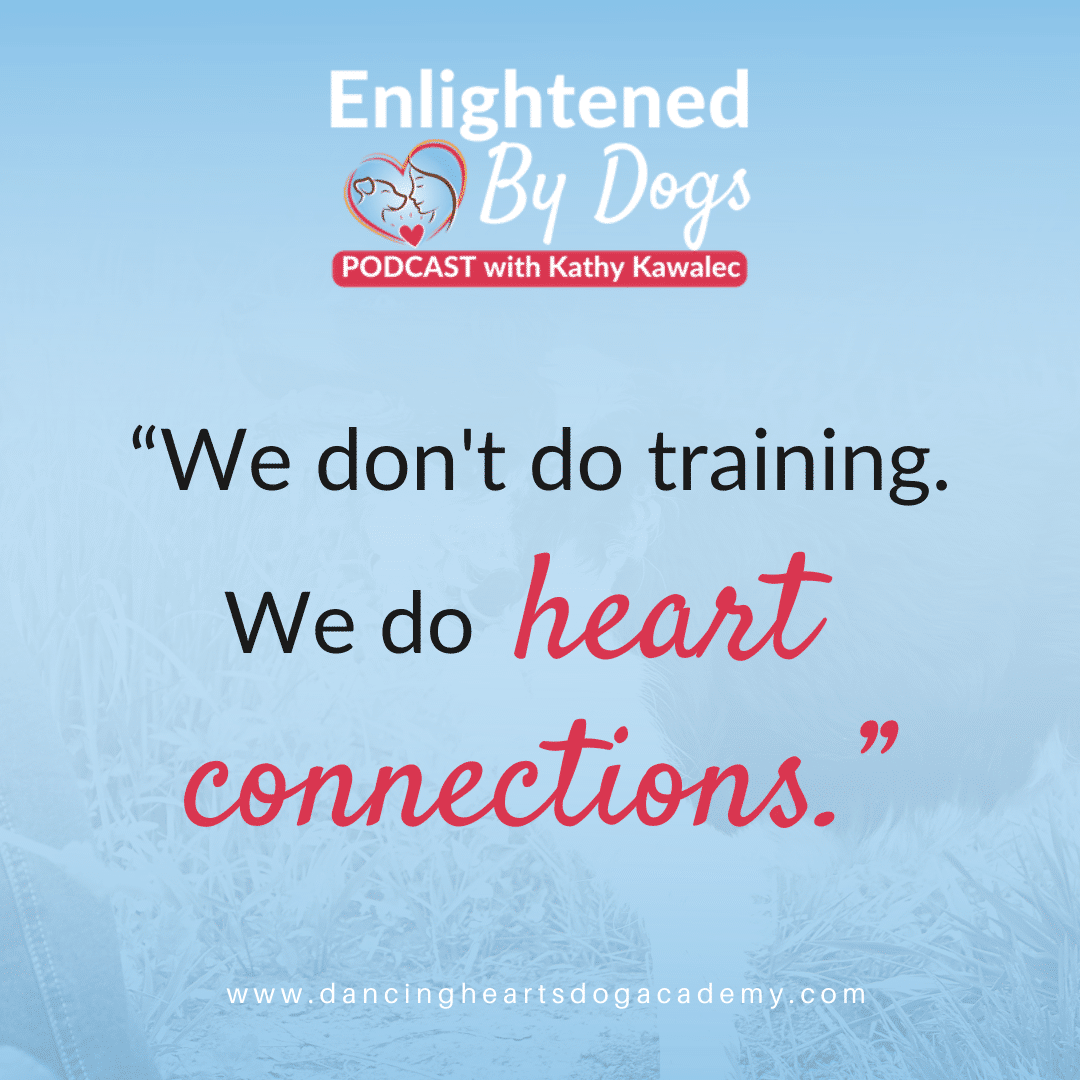 Alicia’s experience has given her the confidence to address issues because she knows that this approach works. This really stood out to Alicia with one of her dogs, Vini. Vini was born into the rescue and the only one of her litter not adopted. Alicia took her in as a foster. Prompted by the rescue director, she used positive clicker training to teach her some basic commands.

At six months old, Vini was adopted. But just three months later, she came back to Alicia as she was “out of control”. Alicia abandoned her existing training methods and instead used the safe, calm and happy protocol to help Vini truly find balance. Today, Vini is just one of the dogs that Alicia feels confident taking anywhere!

“If you’re thinking it doesn’t work, it absolutely works. I took 13 dogs who were fighting three times a week to hardly any fights ever. We don’t do training, we don’t do sit, come, stay, down. We do heart connections.”

Thank you so much to Alicia for sharing her inspiring story. She really is amazing and a fantastic role model for partnership in the BPA community!

How to Deal with Leash Reactivity

Is your dog reactive on the leash? Maybe your dog hates being on

Janis and Bryn: Personal Story of Transformation (This is a guest blog by